Łaźnia Nowa Theatre in Cracow is carrying out a project co-financed by the European Union under measure 8.1 Priority Axis 8 Protection of Cultural Heritage and Development of Cultural Resources under Operational Programme Infrastructure and Environment 2014–2020.

“Reconstruction and modernisation of a building in the Szkolne 26 housing estate, a so-called New Wing for the Dom Utopii Art and Education Centre.” 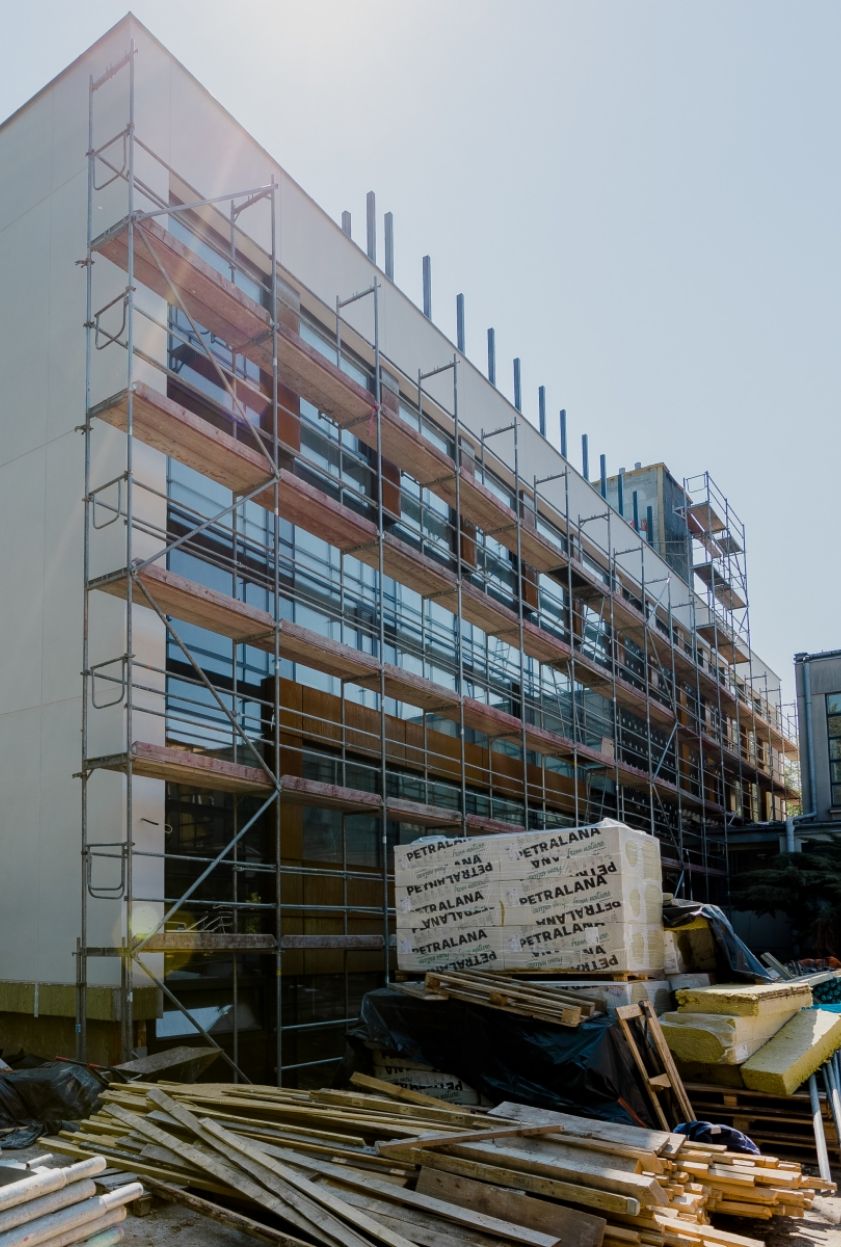 provided by the European Union:

Planned cost of the task:

Own contribution financed by the Cracow Municipality.

The project manager is Małgorzata Szydłowska, Deputy Director of the Łaźnia Nowa Theatre.

The project focuses on reinforcing and improving the condition of the infrastructure in which the Łaźnia Nowa Theatre conducts its cultural activity. The main aim of the project is to extend and adapt the non-heritage infrastructure of the former school building, known as the New Wing, and to establish the Utopia Home Art and Education Centre. Utopia Home, which will operate in Nowa Huta near Cracow, will focus on contemporary art understood as a vehicle of interpersonal relations.

The strategic goal of the project is to develop cultural heritage and contemporary art in Cracow and to use the potential of the city for the benefit of cultural education, which will increase societal participation in culture.

Intermediate objectives include: increasing general participation in culture, improving the cultural competencies of the society, increasing the tourist appeal of Nowa Huta, Cracow and Lesser Poland, fostering the social and economic development of the city and the region, reinforcing the cultural identity of the residents, and fostering the development of Cracow as an important centre of social art based on its local potential.

Expected results: improving societal participation in culture which results in an increase in the level of cultural competencies and creative attitudes.

In the next stages of the project, we will carry out renovation and construction work, buy equipment, and furnish rooms to be able to carry out cultural and educational activities in the new building. Thanks to this project, the Theatre will gain almost 2200 square metres of usable area, which will be used by a wide audience.

The New Wing is part of the former Electrical School Complex in the Szkolne 26 housing estate in Cracow-Nowa Huta. The building will be reconstructed, extended, and insulated. The reconstruction will cover the internal electrical and plumbing systems, central heating, ventilation, air conditioning, and the sewage connections. The area around the building will be developed as well.

Technical data of the building:

Characteristics of the building: 4-floor building, without a basement, with a traditional structure 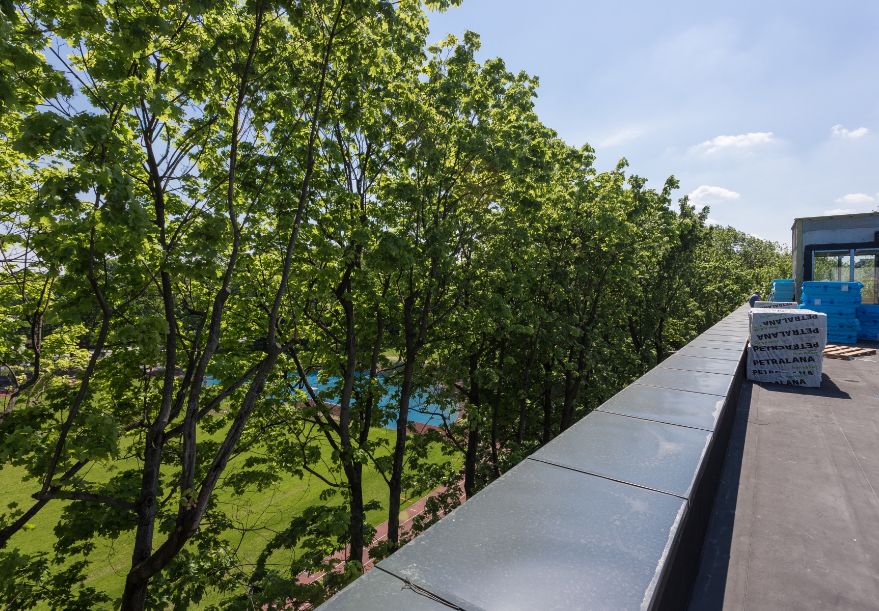 Reconstruction, upward extension and insulation of the New Wing building for the purposes of the Theatre. Reconstruction of the internal electrical and plumbing systems, central heating, ventilation, air conditioning and sewage connections. Development of the area around the building.

Adjustment of the building to the needs of people with disabilities, including an appropriate external platform to enable wheelchair users to enter the building.

Purchase of equipment and furnishings required for Utopia Home to start its cultural and educational activity.

The Łaźnia Nowa Theatre has a mechanism which makes it possible to report potential irregularities or fraud using a dedicated email address (naduzycia.POIS@mr.gov.pl), and an electronic notification system on a dedicated website (the form is available at: www.pois.gov.pl/strony/zglaszanie-nieprawidlowosci).